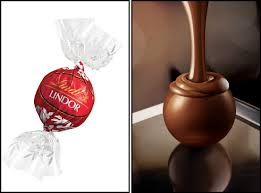 I'm addicted to sugar.  I went without it for a month then had one BITE of it and "woke the dragon".  Its horrible because it makes my body hurt, makes me depressed, and zaps my energy.  But I keep eating it (in the form of chocolate, good chocolate like Lindt...mmmmm).

I need to quit.

Keven will officially have six months tomorrow....6 months.  He's done it on his own with the help of Suboxone.  I am not willing to get into a debate on whether or not being on Suboxone is "real sobriety" or not because I don't give a shit about the semantics of it.  My son is not sticking needles in his arm.  My son is not being found in alleys or the car turning blue and hauled off the the ER.  My son is functioning, sweet, kind, considerate, etc.  My son doesn't lie to me or steal from me.  SO, if it took Suboxone to get him this far I am thankful for it.

Last night he wanted to go to a meeting.  He hasn't been to a meeting about a year but he wanted to be around people.  Instead of thinking "oh how nice" it scared the crap out of me because the main thing he's done to stay clean is to avoid just about everyone he knows that has ever done drugs.  So I was concerned about him going back into an environmental like this and wondered if he was going there to get drugs (he's done that in the past, apparently its a great place to find connections).  He got there and "didn't feel up to it" so came home.  I will never know why he was really going to the meeting, but I'm glad he didn't.

Meetings are like a savior for some addicts/alcoholics, but not for all of them.

I wonder if I pissed anyone off with the things I said here?  Oh well.  I just had to get all this out of my system.

“In the long run, we shape our lives, and we shape ourselves. The process never ends until we die. And the choices we make are ultimately our own responsibility.” -Eleanor Roosevelt

I love collecting quotes and one person who always inspires me with her insights is Eleanor Roosevelt.  I would have liked to know her and sit down over tea (or maybe a glass of wine?) and talk for hours.

One thing I've learned in therapy is that - I already knew most of what I learned.  In other words, this quote doesn't have any great revelation in it, its pretty much common sense.  But sometimes I tend to overlook the common sense and focus on the emotions, or over think everything and get myself all stressed out.  I'm so much better at not doing that now.

But I think the most important part about taking responsibility for ourselves is realizing you can't put the blame on ANYONE else, and in some cases, you can't but the blame on yourself.  When I was a young child and a young teen (14) I went through some pretty tough situations over the years involving family member, adult neighbors, neighborhood boys and two men (molestation, rape).  I never told anyone, I was either too young, too scared or too humiliated.  For years I thought it must be ME (I was a very innocent kid at the time).  It took years to learn that I was innocent, the people that hurt me were the ones that did wrong.  I finally stopped blaming myself.  Unfortunately I paid a high price for believing that I was the one with the problem....I lived a very promiscuous life from age 14 - 26.  Lots of regrets in those years, but I had to find the good in it.

Its hard to find the good in evil but eventually I discovered that I could help other girls/women because I had been in their shoes.  Some of the most satisfying moments of my life have been watching two women (an 18 year old and a 44 year old) let go of being a victim and see themselves as survivors.  There have been other women too, but those two are very special to me.

I don't know why I'm sharing this today....it just came out.  I guess the moral of the story is obvious.  I guess when you relate this to being a parent of an addict you can also see the only little hint of "good" in it is the ability to reach out to others in the same shoes and encourage, comfort and support them.

In other news:
A few weeks ago Chris Dorner shot and killed a couple in Irvine, prior to shooting 3 cops, near where I work (I'm sure you've heard about him on the news.)
Yesterday a 20 year old guy shot and killed 3 people then himself, near where I live (about 5 miles)
Both Irvine and Mission Viejo have been known as two of the safest cities in the USA.
But these days, are any of us safe anywhere?
WTF is going on in this world?

Insights from My Son

Monday was an interesting day.  I haven't seen Anthony since November because he was using, went back to jail, etc.  But he's in rehab now and asked me to bring him a few things (socks, boxers, etc. - he lost all his stuff somewhere).

So Keven went with me and we drove up to Unidos, the place that Keven spent four months at in 2011/12.  When we first walked in the manager thought I was brining him in, and was very happy to find out Keven is clean.  There were several people there that knew him and I could see that he really appreciated the positive response he got from everyone.

When we were driving home he said something like this:

"I'll never say I will never relapse, BUT...I really think I'm done.  I think all the times over the last few years that I got clean, I was never done.  I always got caught after a short time of using and never got to just use as long as I wanted.  But last time, I did get to use as long as I wanted and be on my own and I got it out of my system.  Things went bad so fast for me but I kept going.  Then when I ended up in the hospital with my organs all fucked up, that scared me and I decided it would be a good time to just stop".

I thought this was interesting because it does seem like he's "done".  I can only hope, wait and watch.

I'm watching a very interesting TED Talk.  Its about how we need to nurture the entrepreneurial spirit and tap the potential of the men in prisons.  The guy giving the talk was a Senator who lied to the Feds and got one year state prison.  He was amazed at the business skills of the prisoners.  90% of the guys he met were in there for selling drugs.  He said when they are in there, there's not training, nothing to help prepare them for the outside.  When they get out, they can't get a job because of their felony record.  That's why the majority of them go back to prison in 3 - 5 years.

I think its sad.  I know there are horrible criminals that deserve to suffer and stay in prison forever to pay for their violent crimes, but the average prisoner is usually in there because of drug related crimes.

For the last three years I've gotten to know a guy named William who Keven met in rehab.  William is in his 30's and was a mentor to Keven.  He never gave up on him and was always there for him.  William is a husband and a father, a hard worker.  Unfortunately he grew up in East LA and Long Beach - the two worst cities in the entire nation for gang violence.  He became a gang member at a very early age and was arrested and convicted of attempted murder before he was 18.  He was tried as an adult and spent 16 years in prison.  He hadn't used drugs on the outside but got addicted to heroin in prison (that's how he ended up in rehab with Kev).

I've learned a lot about gangs from William.  Mexican gangs are the worst, most vicious types of gangs partly because most of them have ties to the Mexican mafia.  Once you are part of a gang, you never lose affiliation with them, even if you want to.  Fortunately when you get to a certain age you are considered "retired" and aren't expected to do anything, but you are still a member.

Well last year William was confronted in a situation that caused him to use self defense.  Long story short - he was charged with attempted murder again.  After taking this all the way to jury selection - his attorney told him his chances of being found not guilty were so slim, he urged him to take a deal.  He took it.

Tomorrow he starts another 16 year sentence.  His kids and wife are devastated.  He has no choice but to accept it.  I am sad for all of them.  He's not a bad person.  He's a good person that got caught up in some really shitty circumstances when he was young - and is still paying for it.

I hope they put him in a prison that is close enough to visit.  I told myself I would never visit anyone in jail again...but I will visit William.  He's a gentle, caring, kind person.

They say women are hard to understand - ha!  I think men are.  At least the two in my life these days.

One of them says he wants to be just friends after we started to be more than just friends.  He tells me to see other guys if I want, just not to stop being his friend because he wants me in his life.

So I go out with guy number two who I've been on and off again with for over a year.

Guy number one starts giving me the cold shoulder and acting all pissy after I tell him I went out with guy two the other night....it wasn't even a date, I just hung out with him for a few hours.

So what the hell?  I don't know what to think.  Some day I am going to have a healthy, "normal" relationship with a man.   For now, I'll just float along wondering why Guy one is acting like a jerk and why Guy two hasn't called me in four days.